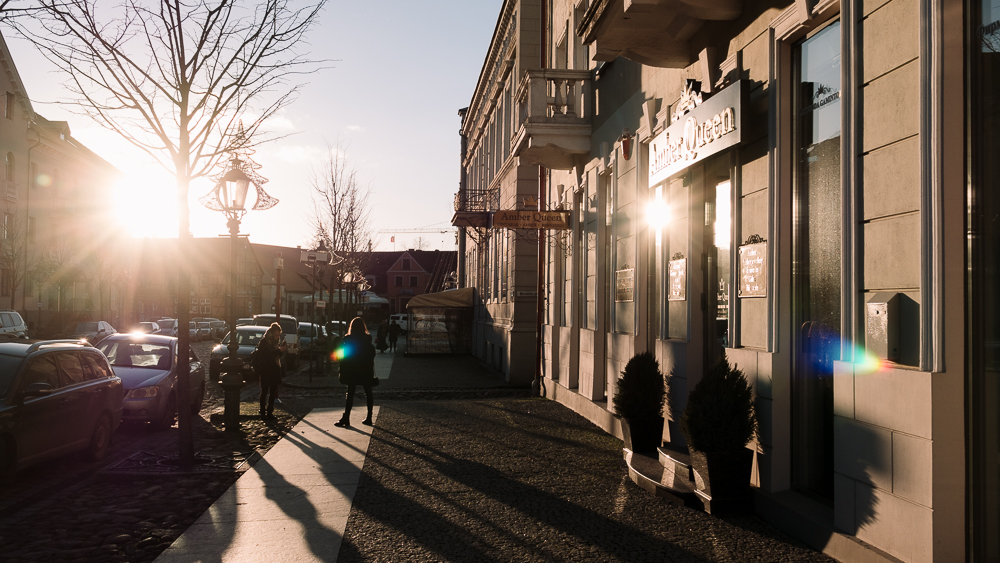 It’s crazy to think that there’s only a couple of days left until 2017. It seems that the days between Christmas and New Year’s tend to disappear somewhere, and you feel very, very lost, aka ”what am I doing with my life”. 😀

Also, I managed to get sick second time in one week’s period. FUN! Not… First it was a stomach virus (not the food poisoning as I thought), and now I got super cold the other day because of the crazy winds here in Klaipėda. And the outcome of that of course was a strong headache, sore throat and fever. My feet were ice cold and my head was burning, nice combo if you would ask me. 😀 Luckily, I think I have quite strong immune system that manages to deal with all the viruses that come my way.

So this was one of the reasons why I was a bit quiet on the blog, sorry about that 😉 And of course, sometimes it’s just life that comes in your way, where you do not have the camera ready all the time. But we managed to squeeze in a stroll around Old Town in Klaipėda, and it was the best! I love the cozy streets, the buildings, the walk along the river… It’s just that feeling of your hometown, you know? One of the must visit places in Klaipėda – Friedrich’s arcade, that opened its doors in 2006. The story about this place goes like this according to their official website – ”In XVII century Memelburg castle was built and the city started to create at the meeting of River Memel and Dane. 500 years later during the Napoleon wars the Prussian King Friedrich Wilhelm III resided in Klaipeda. In his honor the expanding territory around the Memelburg castle got the name of Friedrich city. Friedrich‘s arcade that opened its doors in 2006 combines not only this historic spirit with traditional Lithuanian hospitality, but also expands the concept of modern rest, leisure time and entertainment.” The architecture of Klaipeda’s Old Town. One of the many sculptures in the city. This one is called “Childhood dream”- a little boy and his dog, standing in a cruise ship terminal, waving for everyone – coming in or leaving the town. 😉 How beautiful is this? I am a fan of sunrises and sunsets, can’t help it. 😀 So, how are your days going? Still sane in this holiday season? 😉 What are your plans for the New Year’s Eve? Mine are very simple – family time and celebration with my husband, his brother’s family, and the in-laws. Full house, haha :))